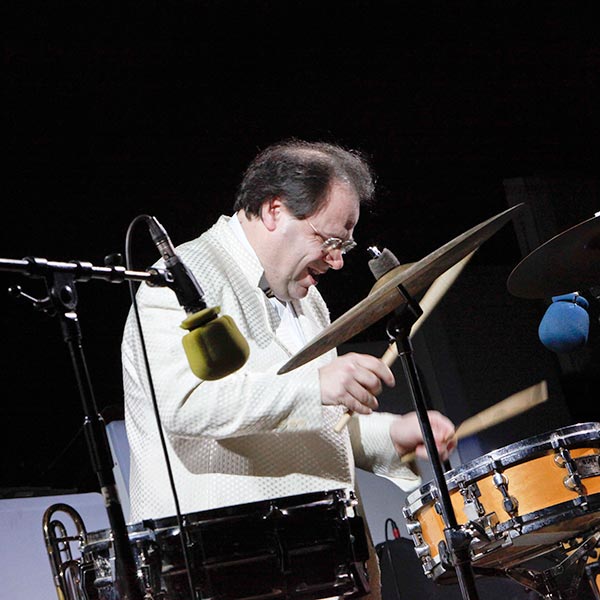 Miquel Comadevall Prat, Musician and Representative of the Maravella Orchestra. He began his career in our formation in 1988, where he plays as a Classical and Latin percussion instrumentalist, Drums, Flabiol (typical catalan instrument), Trumpet and Keyboards.
Born in Vic (Osona) and resident in Salt (Girona). His musical influences range from Classical Music to the current Pop, preferably by: Schönberg, Strauss, Stravinsky, Williams, C.Basie, Gl.Miller, Earth, Wind & Fire, Phil Collins, Buddy Rich Big Band, Supertramp, and many more!!!
The days and moments of enjoyment like DIY, watching movies, listening to good music, etc.

He has many anecdotes to explain, but he especially remembers "... a flight from the Canary Islands to Madrid, where the plane with which we traveled with the orchestra came out with a significant delay due to a great police control, in the That they made us completely open all the boxes and instruments (which were many), since they feared that we were carrying a bomb! When the other passengers (who knew nothing of what had happened) They were greeted with a monumental whistle, due to the delay that occurred ... all this unforgettable!
In addition, the most beautiful and intimate one has been to work for many years with the best musicians who have taken part in the history of Maravella, but the most significant thing has been to be with two great music professionals, Manel and  Imma Comadevall, both very significant in my professional and personal life. "