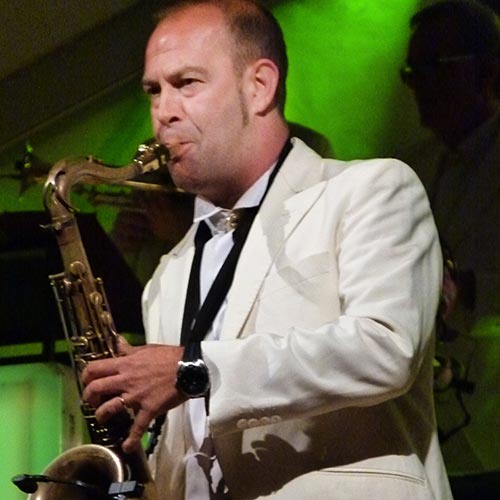 In 2007 he joined the Maravella Orchestra, Jordi Martínez Rodríguez, a musician from Blanes (Girona). The instruments he plays in the orchestra are: Tenor Sax, Flute, Piccolo Flute and Tenora (typical Catalan instrument). Also, dominates, the clarinet and the sweet and tenor flutes.
Influenced by classical music in general, and by saxophonists like Michael Brecker or flutists like James Galway.

He is a great lover of cinema and everything related to this art (actors, actresses, directors ...) but, also, has another great passion, the world of football.

Remember as anecdote:
"At a major summer party performance, just after making a saxo" solo "in front of the stage, on returning to my site, I tripped and fell ...". The consequences were slight, and for that reason, from that moment the companions call affectionately "paraka" (parachutist).