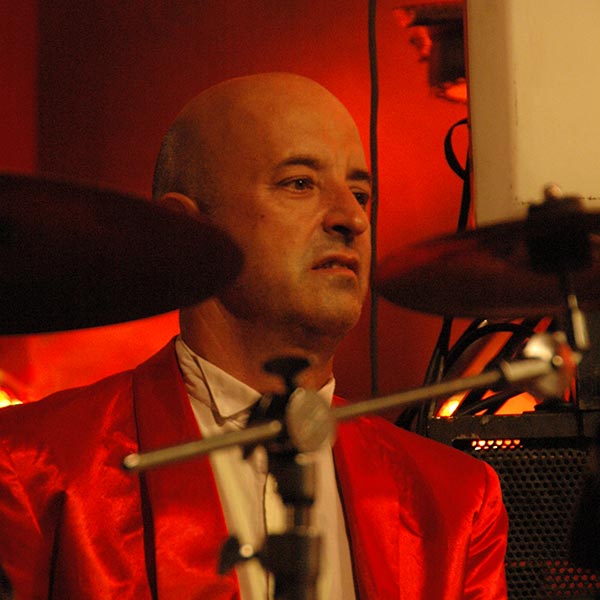 Jordi Casanovas Riera, joined the Maravella Orchestra in the 2006 season, in order to play drums and percussion, alternating also with keyboards and the trombone of pistons in the Sardanas (typical Catalan dance). He left his native Barcelona to go live in Vallgorguina (Vallès Oriental- Catalonia), where he can enjoy with his "mountain bike" numerous trips.
Musically influenced by artists such as Duke Ellington, Louis Armstrong, James Brown, The Beatles and The Police, among others.

He is a very dynamic person, and this sometimes leads him to have anecdotes like this that he explains: "On the first day of performance I put two shoes of the same foot! Between nerves and shoes, an unforgettable debut!
He accompanied him to the performances, as an amulet, a toy Indian of his son, hence the nickname of "Manitú" (legends and Indian myths) with which the companions call him affectionately.