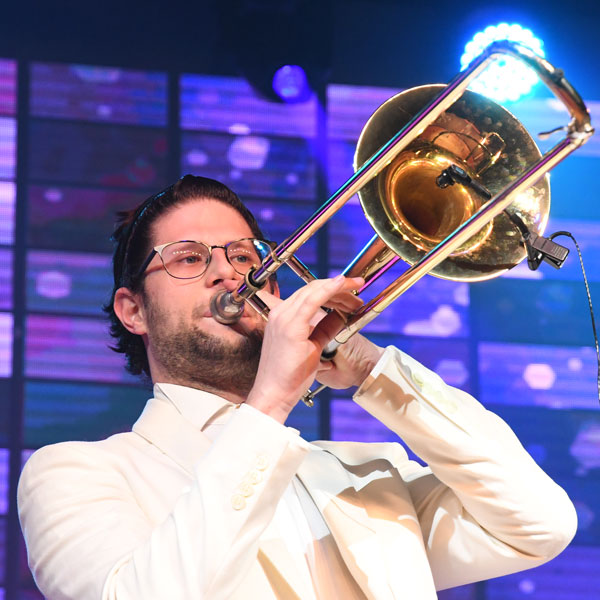 Aleix Herraiz, was born in Barcelona, but he is resident in Sabadell (Vallès Oriental). His entrance to the Orquestra was 2019, covering the places of Trombon and Fiscorn (a tipical catalan instrument). He is the youngest member of all of us!!!

Just graduated from Liceu Aleix brings to the Orquestra a high musical level and a lot of dynamism. Altough he is very influenced by classicals trombonists as Joseph Alessi or Michael Becquet, he doesn´t put limts to his referents and part of his preferent list of musicians are Wycliffe Gordon or Glen Miller.

His hobbies are several but he enjoys going to see Musicals and also dancing Lindy Hop!.

He is a person that loves to use an English expression that makes him unmistakable… Just before a performance and ready to jump to the stage, says to his companions;”Hey, are you ready?”….He is always ready….are you ready to see him in action?